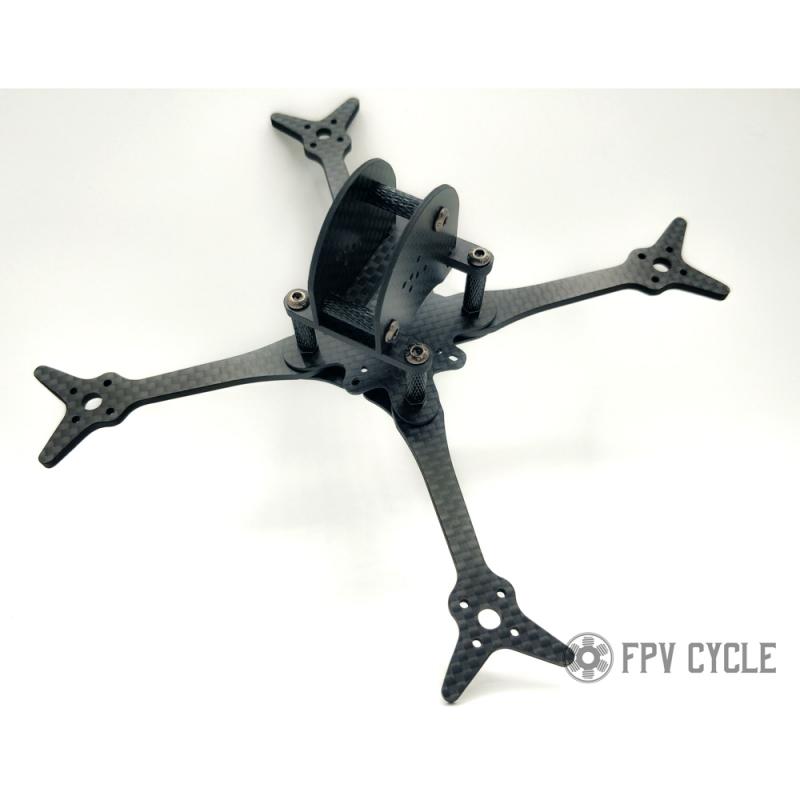 The PowerPick is a Toothpick-like design that’s not really a Toothpick. It has a more robust structure and the resulting craft will be way more powerful.

The PowerPick is a Toothpick-like design that’s not really a Toothpick. It has a more robust structure and the resulting craft will be way more powerful. That’s why it’s called Power Pick. Once you get up to 4” and 5”, you start entering the realm of blistering speeds and enough inertia to demolish the craft. Even we don’t feel comfortable flying something that would be super fragile under these conditions. The PowerPick is not a tank by any standard but it’s also not a super light. It’s designed to use it’s weight efficiently to withstand minor to moderate impacts, and at least offer some component protection in the form of motor bumpers. When paired with the FPVCycle 2203 motors and 3S 1100mah batteries, this thing will be one of the most nimble FPV vehicles in existence.

Some thoughts on the 250g AUW number:

There are some countries that strictly enforce the 250g AUW policy (sorry if you live in one of those) but most don’t have people walking around with scales making sure your toy is under 250g. This 250g number was taken from something a scientist may have said about a projectile during the world war II era (we think, we’re not even sure). Today this 250g number is completely arbitrary and means absolutely nothing. Just because you’re flying something that’s 249g does NOT mean you cannot cause trouble and does NOT mean you won’t get in trouble for doing something dumb. On the same note, if you’re flying something that’s 251g, it doesn’t mean you’re going to go to jail. Be safe, use good judgement and don’t piss off or annoy ANYONE! The proposed setup with our recommended motors, batteries and electronics on this frame will put it a bit over the 250g mark.  This has been designed to be light yet durable enough and above all, perform well.  We just do not understand the rationale behind sacrificing performance for the sake of this totally arbitrary 250g number that means absolutely nothing.  If you’re one of those hankering for that number, you can just run smaller/lighter motors and hit that number if you wish.